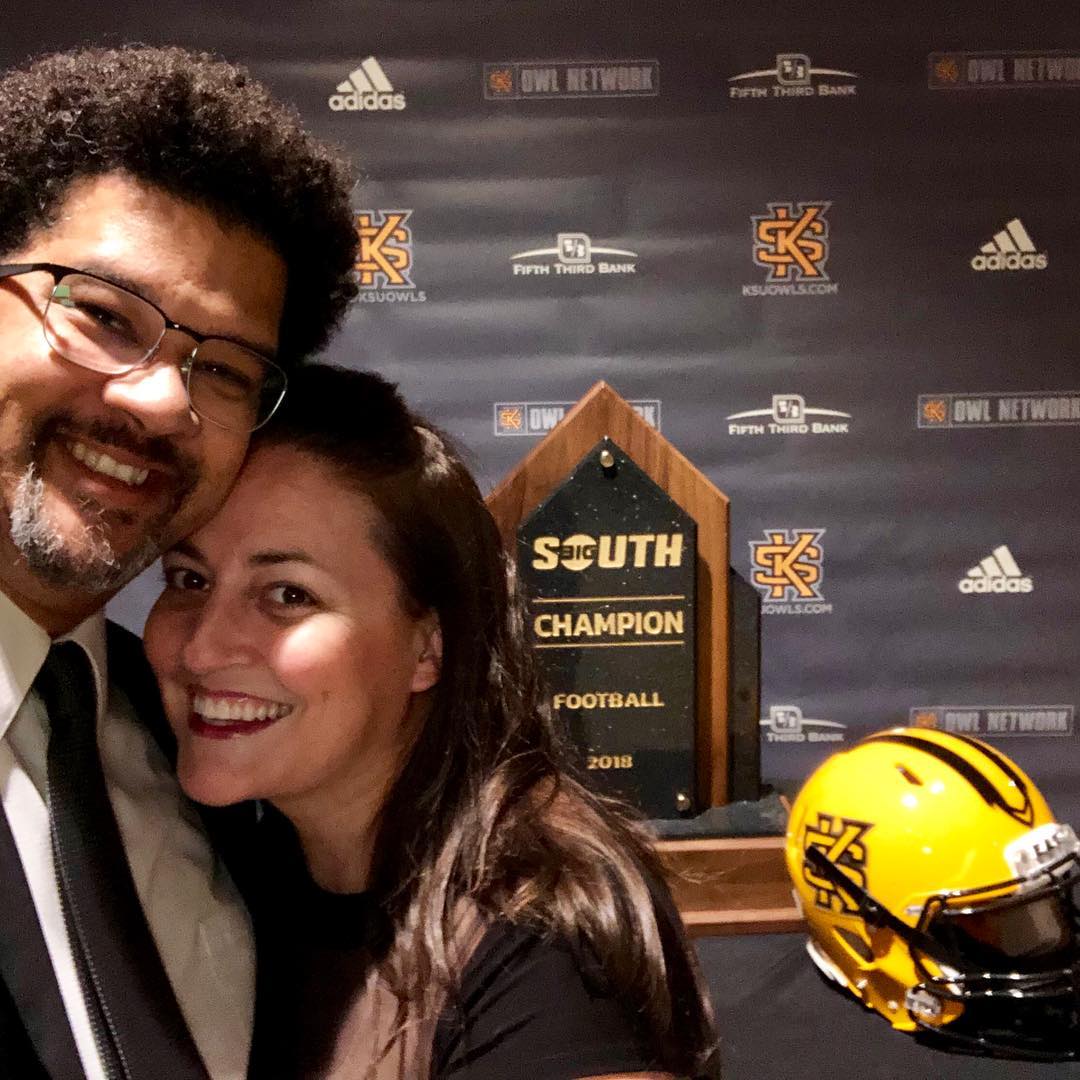 5 Things We Learned from an Interracial Couple 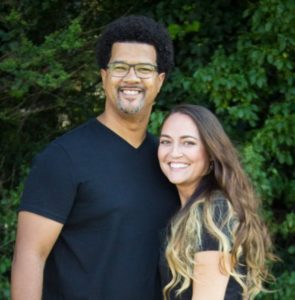 In the days and weeks that have followed the video circulating of the brutal murder of George Floyd, our nation has been collectively horrified. Amid the COVID-19 pandemic, eyes turned to social media and news mediums to see demonstrators of both peaceful protests and violent riots expressing outrage. Racial tensions could no longer be ignored. In the wake of this tragedy, people of every color have been forced to examine their hearts. They have been moved to have difficult conversations for possibly the first time concerning ethnic divisions. We are no exception.

We invited our friends, Sterling and Myssi Brown, to our home last week to sit down over coffee and share their hearts with us on our Marriage Adventure Podcast. What gives them a unique perspective is that they are interracial, or as some would say a cross-cultural couple who have been married for twenty-two years. They are also the parents of four children and are having conversations with their family that many of us may not be. If you have time to listen to our podcast interview, we know you will be blessed by hearing directly from them. But if not, here are just a few things we learned from a very candid and heartfelt conversation with Sterling and Myssi Brown.

1. Every couple will face challenges throughout their marriage adventure, but few encounter the direct external opposition that interracial couples face.

As the son of a white mother and black father, Sterling already had some idea of the life that he was choosing when he proposed to Myssi. Myssi, on the other hand, was more surprised at the lack of support she received from some members of her own family in the beginning. As a dating couple, they sought to honor the Lord with the purity of their relationship and to follow His direction for their lives. That’s why they were most surprised by the counsel they received from some well-meaning Christians telling them it was wrong to pursue an interracial marriage.

Through the years, those closest to them have been both encouraged and challenged by Sterling and Myssi’s healthy, godly marriage relationship and strength of character. Though the looks they continue to get from strangers twenty-three years later reminds them that some don’t understand, their families and friends are their biggest fans. Even those who were skeptics early on have become the most supportive and loving cheerleaders of their relationship.

Myssi shared that they have always seen their relationship as an opportunity to break people’s mindsets and tear down walls by having diverse relationships and walking out being a bridge to others. But she said that the most difficult challenge is not having the opportunity to win strangers over. To this day, they don’t go on dates in certain areas. She said, “It’s hard to go into a restaurant and feel the glares and judgment and feel like someone who doesn’t even know us hates us.” And it’s not for anything they’ve done, but for just being themselves. In those moments, they don’t have time to win people over through relationships, which hurts.

2. Intentional, ongoing forgiveness is the key to dealing with unfair judgment and hatred.

As far as we’ve come in the area of civil rights since the Supreme Court legalized interracial marriages in 1967, it is still considered taboo by a lot of people, even in metro areas. When we asked the Browns how they protect their own hearts from becoming bitter and returning hate with hate, Sterling said that it comes down to truly understanding and living out forgiveness.

“I’ve gone through so many things in my own life where the spotlight is shining directly on my own heart. And I feel like God is asking, ‘How are you going to forgive and how are you going to respond?'” He said that having learned to forgive some of the people closest to them from really painful things makes it easier to forgive people they don’t know.

“I know who I am. I know who we’re trying to be. And I know how I want to carry myself in the world. I’m not interested in letting anyone else disrupt that. I feel like part of why we’re here on this earth is to help find people that are really broken and really far from God and bring them along a little bit. And so, we’re gonna get stuff with that. There’s going to be baggage, hurt, and other things. I am taking to heart Jesus’ message about forgiveness, ‘If you don’t forgive others, your heavenly Father won’t forgive you.’ If I embrace God’s forgiveness for me, then I have to extend it.”

3. Showing the love of Jesus by building genuine relationships and having difficult conversations with others breaks down interracial barriers.

It wasn’t until the night of their rehearsal dinner that Myssi’s dad gave them his blessing on their marriage. After hearing countless testimonies of friends who had been changed and affected by Myssi’s and Sterling’s relationship, Myssi’s father broke down crying and said, “now I get it. Now I understand,” as he extended his blessing on their life together.

Sterling also shared how his father has recently modeled bringing change through relationship. During the quarantine, he’s had the opportunity to spend some time with one of the neighbors that he knows is racist. He told Sterling that the neighbor recently told him, “You know Bob, you’ve changed some things about my thinking.”

Just being willing to invest time in someone of a different race allows us to understand better who they are on the inside and have empathy for the challenges they face. Listening and understanding is the beginning of reconciliation.

Myssi shared great insight in saying, “Marriage is such a great picture for even reconciliation for racial conflict because it boils down to the self-centered nature. At the end of the day, racism is somebody thinking they are better than others. And how much you have to die daily to that even in your marriage. I have to die to myself. I have to love another as myself. How do I walk this out when it hurts, when it feels good, seeking first to understand, and then to be understood. One of the best pieces of marriage advice I’ve heard is, ‘do you wanna be right or make it better?’ And I just keep thinking that in context of racial stuff.”

4. Colorblindness is not a virtue. It’s actually more of a deficit.

As we dialogued with the Browns, we opened up with them about how we have tried to raise our children to be blind to color and to treat everyone we meet the same. That’s when Sterling said something we had never considered. He said, “colorblindness is actually a deficit.” Someone who cannot see color misses the depth of the landscape when all the colors run together. We are richer when we experience the entire color palette.

Myssi added, “Colorblindness robs us of seeing the full beauty of creation. As believers who want to move the narrative, seeing color is being able to recognize that the world is better because of the differences. The complexity of nature is part of its beauty.”

She eloquently elaborated, “As hard as all of this turmoil is right now, it can be likened to marriage. Some of the roughest times can also be really fertile ground for growth and for future things. The difficulties we face right now as a nation can stir up and cultivate and sow seeds in our own lives for growth, as well as for our kids and future generations. That the story is told and moves the ball down the court, it moves our hearts toward “as earth as it is in heaven.” God has set eternity in all of our hearts. If there are tribes and nations in heaven, that means it’s been set in our hearts. This is an opportunity for God to tug at our hearts and take something painful and bring beauty from ashes of destruction and history hidden and to cultivate a future world that is more like heaven.”

5. We can be part of the solution to the problems we see, but love is the only way.

As Sterling and Myssi help their children learn to navigate the tumultuous waters of racial tensions in our times, they are giving them tools to be a bridge of reconciliation. They are teaching them to love and serve people as Jesus did. The message they speak to their children is one that every believer would do well to model.

Myssi tells them, “Listen and try to understand why someone might feel oppression and hurt and take the posture of Jesus. He came alongside people and desired mercy over judgment. In white America, I think we view ourselves as the highest race and we’ve put ourselves in a judgment position of right and wrong and how things can be versus Jesus’ view of mercy and walking alongside people to be that ally to win you over by knowing you. That sense of being known and having someone care enough to want to know wins over not only a person but wins whole communities over in that context. We can be a solution to the problems that we see. But love is the only way. Love wins people over and melts the hardest of hearts.”

Our hearts were full and our eyes more open after our time with Sterling and Myssi. The times we live in are undoubtedly tumultuous. It would be easy to turn a blind eye to all of the chaos, shielding ourselves and our children from a hurting, angry world. But how would we be better for it? Romans 12:2 tells us, as Christ-followers, “Do not conform to the pattern of this world but be transformed by the renewing of your mind. Then you will be able to test and approve what God’s will is—his good, pleasing, and perfect will.”

The pattern of this world currently says to ignore or hate what is different from you because you don’t understand it. But we are transformed when we walk according to God’s truth. His truth tells us in that same chapter of Romans that “Love must be sincere. Hate what is evil; cling to what is good.”

Clinging to what is good means we are willing to sit down with open ears, eyes, and hearts and have a hard conversation with people who may look different from us. It means we listen and learn. Hating what is evil means we stand up against injustice when we see it and teach our children to do the same. We don’t conform to the pattern of the world. Instead, we sincerely love people… all people. Change begins in our own hearts, then is affected by our voices and our hands.

This week, we challenge you to have a conversation with someone who is different from you. You never know what you will learn about them. But more importantly, you may also discover things that are tucked away in your own heart. You may or may not like what you unearth there, but like us, you will be richer for it, and on your way to a transformation of your mind that draws you closer to the image of Christ.