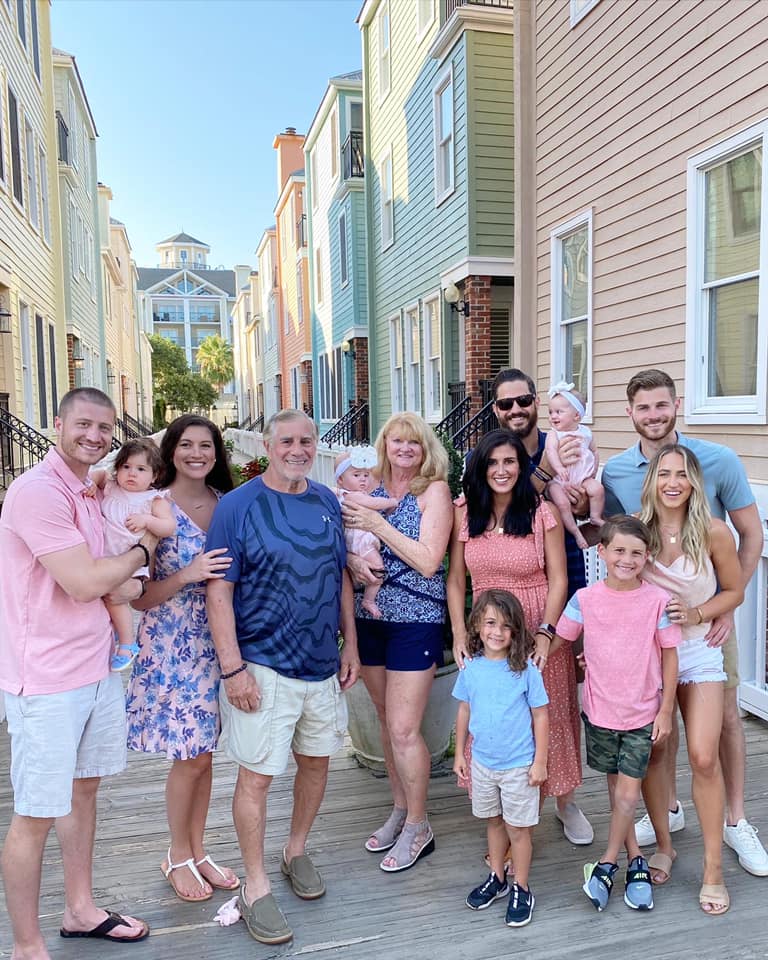 On this week’s podcast episode #55, we had the privilege of sitting down with Ira and Kim Blumenthal. Ira served as the CMO of a division of Sara Lee, the President of a $300-million food company, then founded and presided over CO-OPPORTUNITIES. CO-OPPORTUNITIES is an Atlanta-based consulting company that advised companies such as Nestle, Tyson, Kroger, Harrah’s, American Airlines, Disney, United Artists, Exxon, Walmart, and more. Ira is the single longest continually retained consultant in the 134-year history of the Coca-Cola Company as a lead consultant for 26 years. He has published over 200 magazine articles, authored three books, and hosted a radio show.

Ira’s list of achievements is incredibly long, and his influence is far-reaching. But with all of his success, what most draws us to Ira is his love for his family. Ira energetically shares that his wife of 39 years, Kim is the reason for any success he has enjoyed. He often refers to her as “the wind beneath his wings…” After hearing their hearts, we took away six lessons about life, family, and marriage from these high-level leaders.

1. “The key to success is great communication.” Ira said he was never a subject matter expert in any of the businesses he’s ever worked in other than understanding people and having good communication and listening skills. The same is true in marriage.

2. “Leadership is lonely because you have to do the right thing.” People who reach the highest levels of leadership do so because they are willing to do the right things when nobody else is willing. Ira advises his children and grandchildren that win or lose; the most important thing is being able to look yourself in the mirror at the end of the day and be able to say, “I’m a winner because I did the right thing.”

3. “Any success I have is OUR success.” Ira credits his success to his partnership in life and business with his wife, Kim. He often references the song “The Wind Beneath My Wings” when referring to Kim. Great leaders know how to share credit. Ira becomes emotional when he thinks about the partnership they have shared for 39 years and speaks of Kim with great respect and appreciation.

4. “Family is most important.” Though Ira and Kim flew all over the world for leadership events when their children were young, they had a commitment to keeping family their highest priority. They said it takes intentionality and hard work to make family the highest priority in life. Parenting is hard work. Ira said, “Most people don’t see the hard work. They see the finished product.” We have to sacrifice to raise Godly children and set an example for them.

5. “What they see is what they’ll be.” Ira was committed to modeling his commitment to “family is most important.” He once had a three-day speaking engagement in Chicago, but his boys’ little league team that he coached was in the championship. He would speak at noon, catch a flight home to coach, then return to speak, then fly home again for three days in a row. Kim said the boys probably didn’t even realize he wasn’t home at night. Today, their grown children follow their dad’s example and coach their children’s teams. In parenting, our children will follow our example more than what we tell them.

6. We can’t make our spouse choose Jesus. Kim was a Christian for many years before Ira was ready to put his trust in Jesus. She encouraged and prayed for Ira, leading by example, but never forced it. She always told him, “This is your journey. I can’t make this decision for you.” Ira credits Kim by saying, “Kim was there to support me, but not direct me. Whenever you force someone to do something, you run the risk of resentment.” Now, their faith has become a natural part of who they are. They believe it is their responsibility to live it out as an example to their children and grandchildren.

7. Sometimes, you just have to keep moving forward. In little league baseball, kids are going to strikeout. But if they are going to do well for the rest of the game, they have to have a short memory. Ira and Kim believe when you hit rough patches in marriage if you’re willing to work, communicate, compromise, and believe tomorrow will be better, you can keep moving forward to take the journey together.

We were honored to glean advice from these two love-birds and we pray you will take lessons from these leaders that can help you on your Marriage Adventure! We believe you’ll be blessed by listening to the entire interview if you click here!