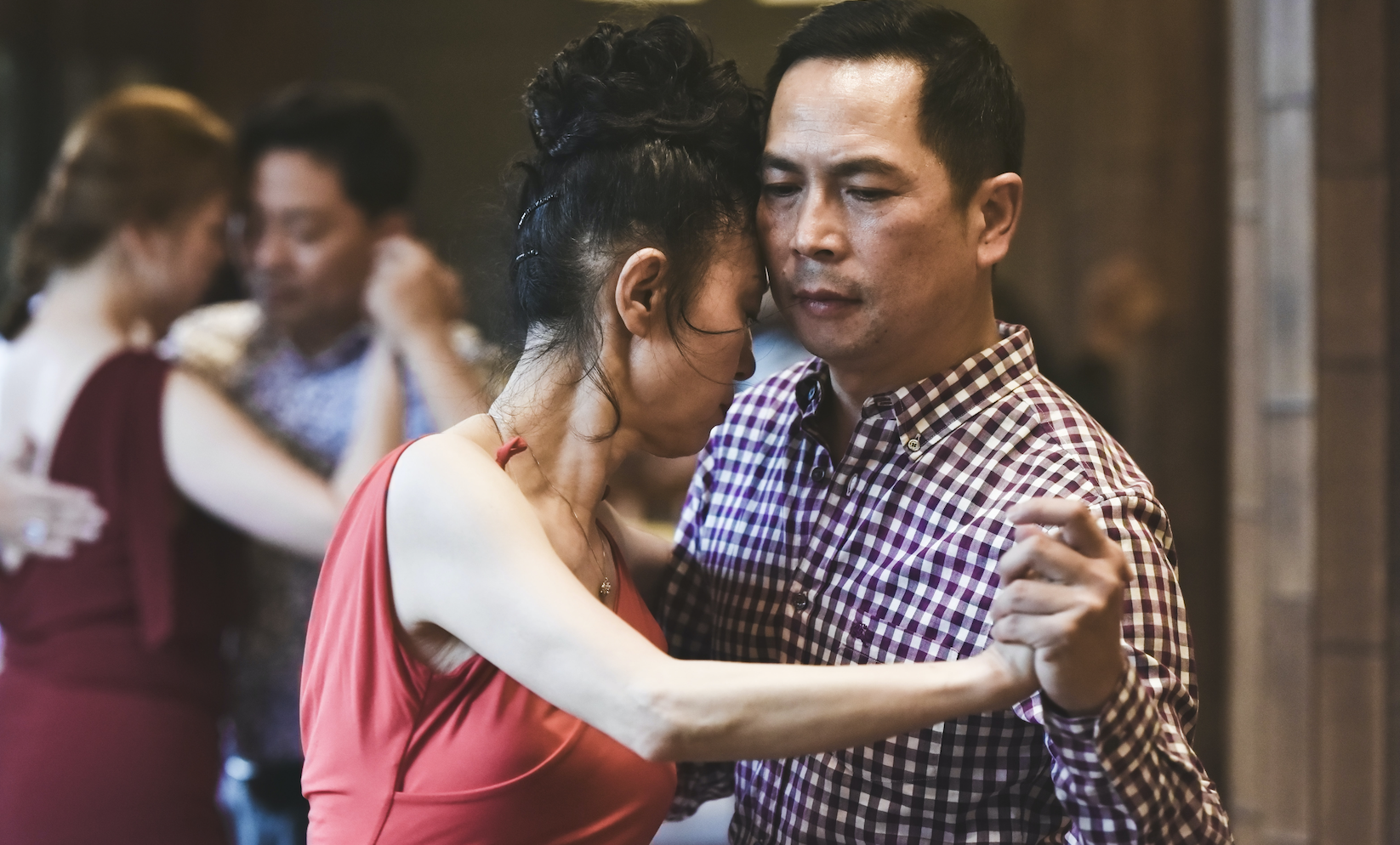 “Nice of you to join us,” I said sarcastically, as Daniel put a plate in the microwave to reheat his dinner. The kids and I had finished dinner twenty minutes before he walked in the door, an hour after I had expected him home for dinner.

“Someone caught me on the way to the parking lot and pulled me into a conversation that couldn’t wait,” he defended.

I lobbed another grenade. “No worries. I’m sure it was more important than what we had to say at the dinner table.” And so our entanglement of words began… for the third night in a row.

Have you ever noticed that you and your spouse have a well-rehearsed dance that revolves around the same topic? Maybe it has to do with being late for dinner. It might be about finances or parenting issues. Or it could be about absolutely nothing every Sunday morning as you’re trying to leave home for church. We bet you know what we’re talking about. Every couple has their own pattern for being drawn into discussions that quickly turn into overly emotionally charged arguments.

In our last post, we discussed what happens when our emotions take over. They begin to swell like boiling rice in us and rise to the point that our brains flatten against the top of our skulls. Our ability to see, hear, think, or respond clearly becomes significantly impaired. When this happens, if one of us does not recognize the “thud,” pause and de-escalate the situation, we end up in the flat-brained tango. Patterns are formed over time through intentional or unintentional repetition.

Several years ago, we realized we were repeatedly engaging in the same tango at dinner time. We had fallen into an unhealthy pattern of arguing about what time we should/would eat together as a family. I (Bonnie) absolutely hate conflict. I hated the feeling I got every time Daniel was late, and I felt my blood begin to boil. If you’re anything like me and are stuck in this rut, you’re looking to stop your emotions from taking over and wrecking your evenings. How do you end the flat-brained, emotions-run tango and put rational thinking back in the driver’s seat?

First, we have to recognize our patterns. It didn’t take rocket science for us to notice the icy environment we were creating at dinner time. I (Bonnie) have to be honest. I am not a confrontational person by nature, so I dreaded the feeling I got in the pit of my stomach every time we argued. But, for some reason, I couldn’t stop myself from making those passive-aggressive statements that drew us into battle. I thought that maybe Daniel would somehow get the point and communicate better with me about when he would be home. That led me to spend some time praying and evaluating what was going on, which led to the second thing that needs to happen to stop the flat-brained tango.

When I took the time to look in the mirror, I was forced to own my part of the problem. It was easy to think that Daniel was being inconsiderate and blame everything on him. But, I finally came to realize that problems have patterns. But, more importantly, patterns have partners. I was a willing participant in our well-rehearsed dance. When I sat down, took my emotions out of it, and rationally thought it through, I asked myself, “why do I get so upset over this issue? What result am I really hoping for?” That allowed me to realize that I felt disrespected and underappreciated when Daniel wasn’t on time for dinner.

My heart’s desire was for our family to sit down and have a nice dinner together every night. I did my best to have a meal prepared and ready when Daniel got home from work, but I was sabotaging it by picking fights. I also realized that I felt like I had no control over one of the things that I felt was my responsibility… mealtime. Once I got to the root of my own issue, I was able to schedule a time to sit down with Daniel and take ownership.

This final part of solving the problem was the most difficult. To stop the tango, we have to be willing to humbly and authentically represent ourselves to our spouse. When I finally explained why this was such a hot-button issue for me, Daniel immediately understood and was sensitive to me. Sharing how the inconsistent arrival after work made me feel gave him a window into my heart. It’s incredible how much clearer our spouse can hear us when we drop the sarcasm and omit cutting remarks. We tend to think we can manipulate our situation better if we “keep the upper hand.” However, God’s word suggests the opposite approach. Psalm 149:4 says, “For the Lord takes delight in his people; he crowns the humble with victory.”  Who would have thought that victory could come through humility?

Once Daniel and I humbly approached each other and took ownership of our individual contributions to the problem, all the walls came down. That opened the door for understanding and allowed us to work toward a solution. We agreed that I would have dinner ready at the same time every night. Daniel promised to get home as close to that time as possible and let me know if he wouldn’t make it. And I promised to give him grace if he was late, go ahead and have dinner without him, and keep a plate warm for him. That conversation happened about two years ago. You know what? Because he knows how important dinner together is to our family, Daniel is rarely late anymore. And now that I know how hard he tries to honor that, I have so much more grace on him when I know he’s been pulled into a problem at work on his way out the door.

If you are married for any length of time, you will inevitably establish an unhealthy tango of your own. However, if you are both willing to recognize your patterns, take ownership of your part of the problem, rationally and authentically represent yourselves, then work toward a solution, you can put an end to a lot of overly emotional communication patterns that may be waging war against your marriage!

Growing through the Adventure,