The Freedom of Grace

The Freedom of Grace

How many “friends” have you lost in the new year? We were all ready for 2020 to be gone in hopes 2021 would be better in our world. But only a month in, we’re starting to see that was wishful thinking. Our nation is so divided right now, and we’ve been a bit overwhelmed by the hatred we’ve witnessed between “friends.”

We’ve had to limit our interaction with social media because people aren’t exactly being kind to each other. In a country that boasts of our ability to exchange ideas and differences of opinion freely, we see less and less safety for the expression of conflicting views. We write people off or unfriend them over things we would never even talk to them about face to face. That may have become the acceptable norm for social media friendships, but it doesn’t work in marriage. 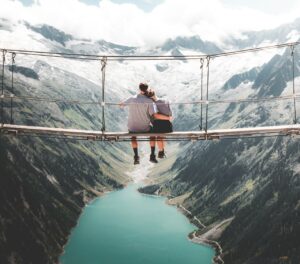 One of the beautiful things about the marriage relationship is the ability to walk through life with someone different from us. There have been times through our twenty-five-year relationship that opposing ideas and opinions led to conflict and misunderstandings. But, we have learned to appreciate each others’ unique personalities, perspectives, and interests. But that has only happened through a daily dose of grace.

Several years ago, we read a book that breathed life into our marriage. In their book, Grace Filled Marriage, Dr. Tim Kimmel and his wife Darcy share that “the missing ingredient in most marriages isn’t love, it’s grace.” You know what, we think they’re on to something. They write that grace offers several freedoms in the marriage relationship. Over time, we’ve seen that we enjoy these four freedoms when we extend grace to each other.

Without grace, we wouldn’t have made it through the first two weeks of marriage, much less twenty-five years! In a society that is less and less tolerant of “different,” the last thing we want to do is “unfriend” each other. We want our home to be a safe place where we are free to be ourselves. We got married over two decades ago because we were in love. All these years later, we continue to love each other because of grace.

“Above all, love each other deeply because love covers over a multitude of sins.”– 1 Peter 4:8